Ever heard of the Lamborghini Jarama? Neither have we.

Tell me, what was the first car Lamborghini made, the one made out of resent for Ferrari? Did you say the Miura? If you did, you’d be wrong. It was actually a grand tourer called the 350 GT that arrived in 1964 first, a full two years before the Miura. If you have never heard of it that’s okay, because a mere 120 were built compared to 764 Miuras. As it turns out, among the comparatively numerous Diablos, Murcielagos, and Gallardos, Lamborghini spackled in a few other short-run models. Here are nine Lamborghinis that time has forgotten.

The Lamborghini 350 GT was the very first car ever produced by Lamborghini. The 2-seat grand tourer began production in 1964 and featured a 270 horsepower, 3.5-liter V12 in a front-engine, rear-wheel-drive layout. Only 120 350 GTs were built.

In 1966, Lamborghini introduced the 400 GT, which was in essence a 350 GT with the V12 engine enlarged to 3.9 liters good for 320 horsepower. Lamborghini then modified the roofline to accommodate two extra seats creating the 2+2 variant. A total of 247 400 GTs left the Lamborghini barn factory. 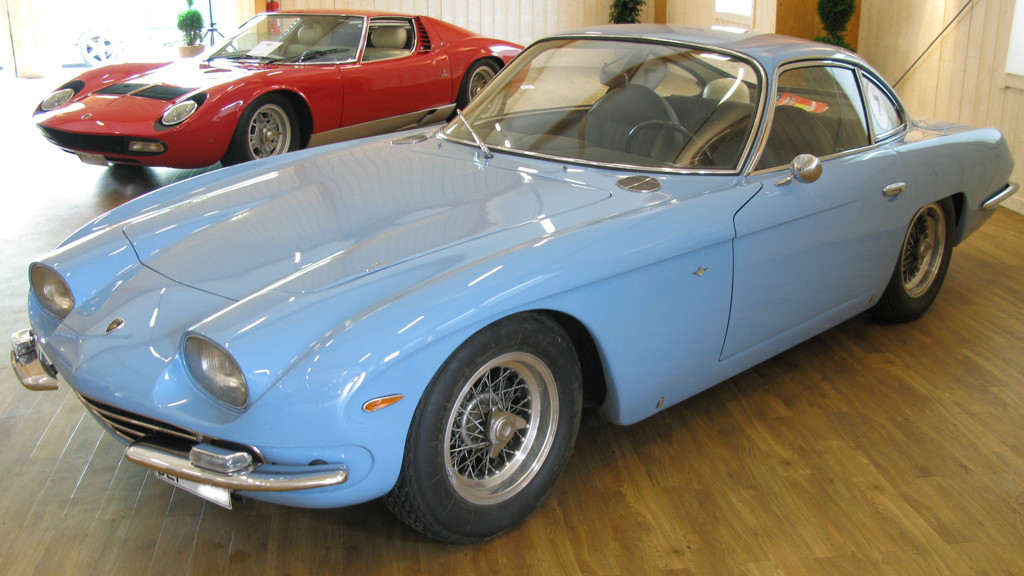 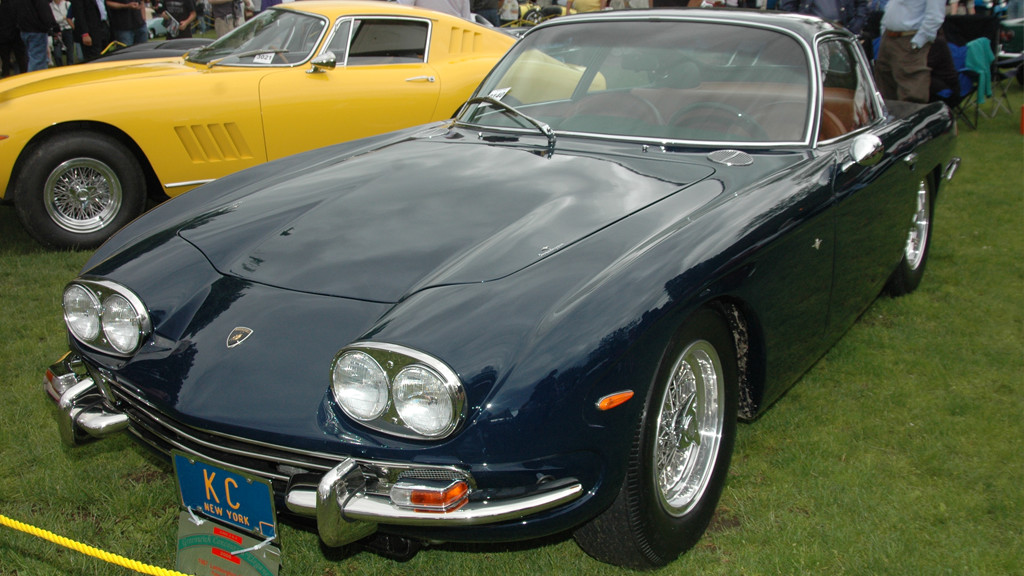 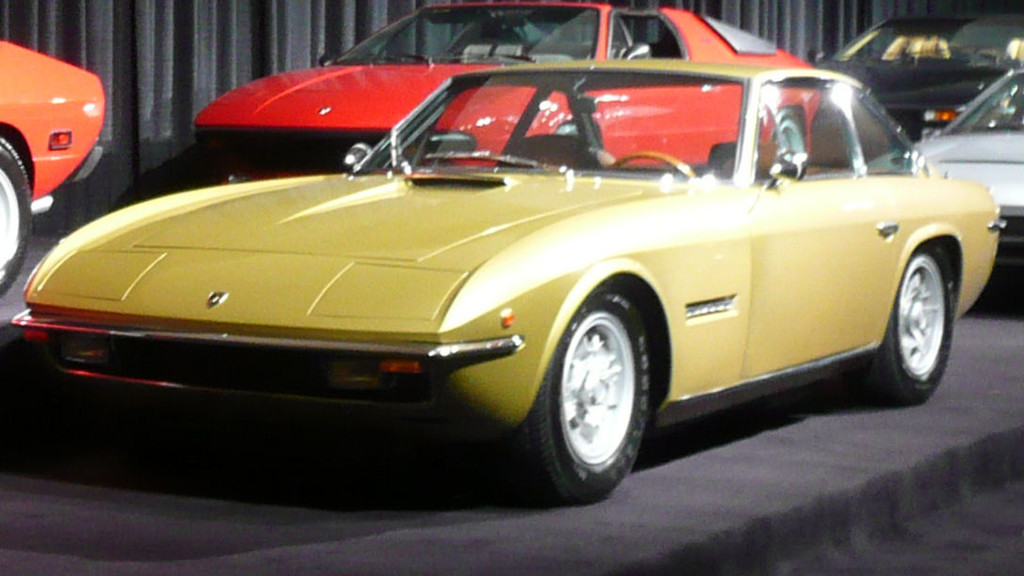 Built to meet stifling U.S. safety and emissions regulations, Lamborghini chopped down the Espada platform to create the Jarama. This 2+2 successor to the Islero looked like an uglier, boxy Alfa Romeo Montreal. Understandably, Lamborghini only built 328 between 1970 and 1976. 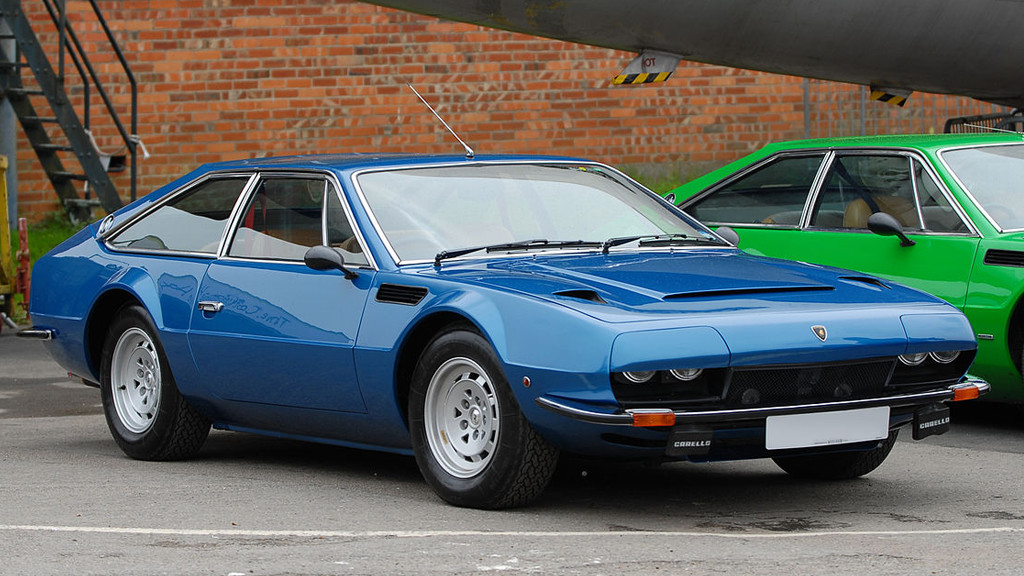 Unlike other grand touring Lamborghinis, the Espada was a proper four-seater rather than a 2+2. Lamborghini still had enough sense back then to leave off the rear doors, leaving the Espada a gloriously large coupe with a vast glassy architecture. The Espada is unique among Lamborghinis. It has no direct predecessor or successor, which makes sense considering its layout. It also used Lamborghini’s clearly versatile V12. Lamborghini produced 1,217 Espada between 1968 and 1978 to make it one of the most popular Lamborghinis of the era. 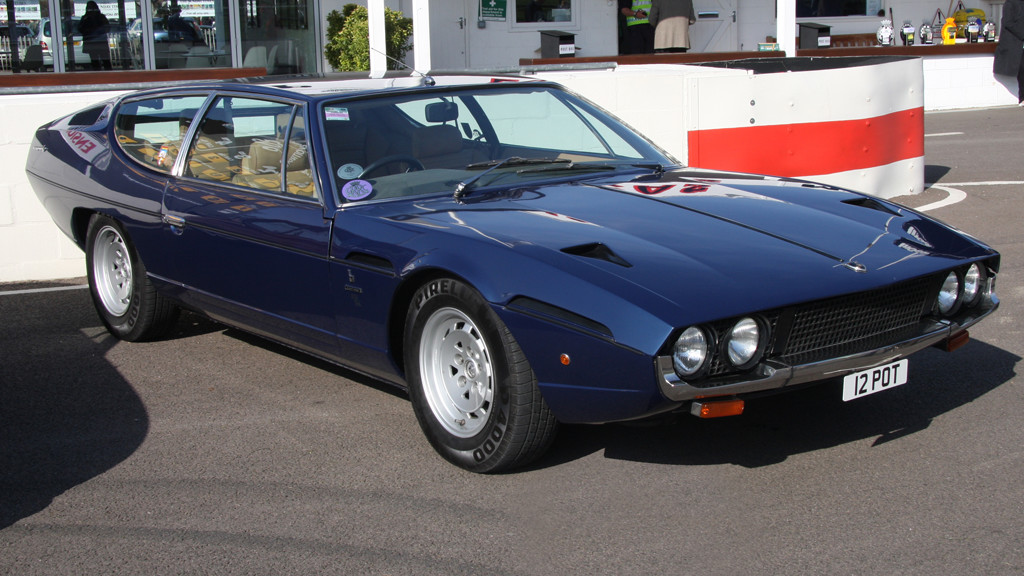 If the Aventador can trace its ancestry back to the Muira, then the Huracán can trace its ancestry back to the Urraco. It was Lamborghini’s first attempt to build an “affordable” car. Instead of a thumping V12 in the bigger Lambos, the Urraco sported a series of smaller V8s ranging from 2.0 to 3.0-liters. Unlike later baby Lamborghinis, the Urraco featured 2+2 seating. Lamborghini built a total of 776 mid-engine Urracos between 1973 and 1979. 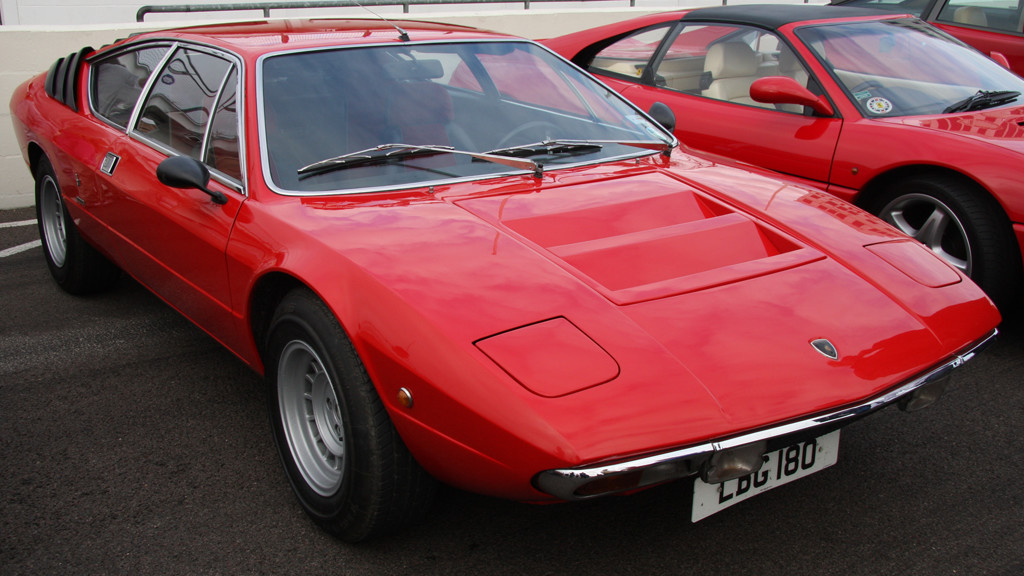 Lamborghini updated the baby Lambo by dropping two seats in the rear  and utilizing a targa roof to make the Silhouette a more focused sports car. It retained a 3.0-liter V8 powerplant, cementing a tradition of smaller engine configurations in the smaller Lamborghinis. It's difficult to include the Silhouette in this list, considering a paltry 54 were produced between 1976 and 1979.

The Jalapa was hardly more than a mildly modified Silhouette, but Lamborghini made a considerable number more, 410 between 1981 and 1988 accompanying the Countach through the cocaine-fueled decade. Engine displacement swelled to 3.5-liters putting out 255 horsepower. The Jalpa’s death came with the Chrysler takeover and the world didn’t get another baby Lambo until Audi bought the company and gave us the Gallardo. 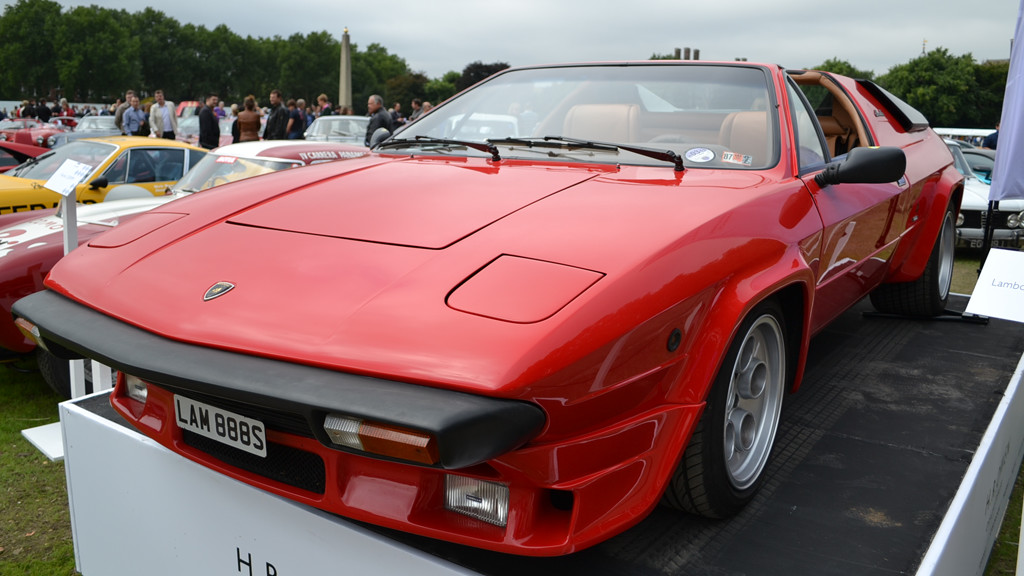 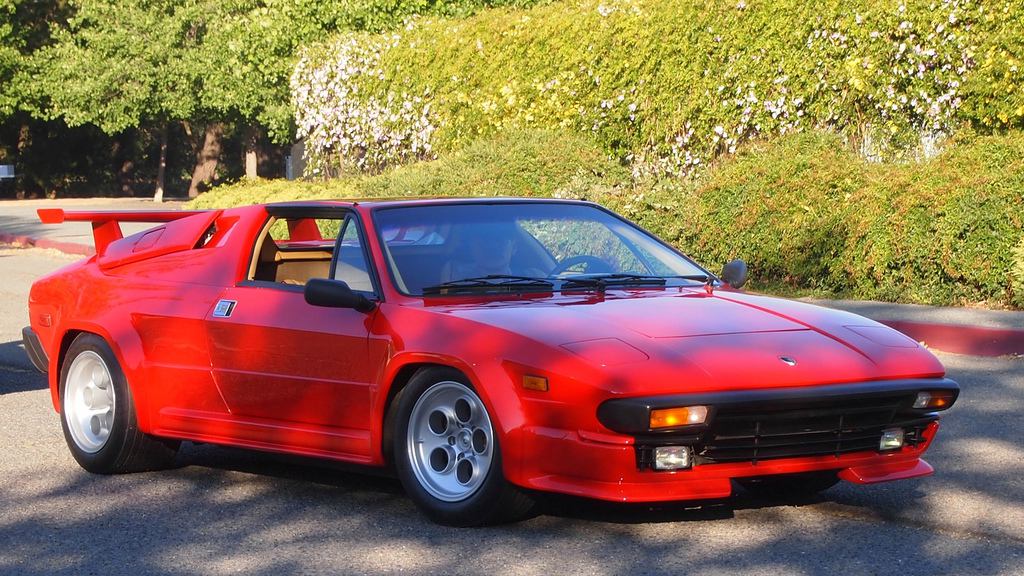 For those of you appalled by the idea of the inevitable four-door Lamborghini that will be the Urus, it actually has a precedent. The Rambo Lambo LM002 was the grotesque overcompensating social statement of the 1980s. Before people had access to the civilian H1, this was their option. It was intended to be a utility vehicle for militaries and big oil companies, though it never really saw that kind of action. As much a truck as a SUV, the LM002 was naturally the first Lamborghini to feature four-wheel-drive. A 5.2-liter V12 out of the Countach was standard equipment, but a 7.2 marine V12 could also be spec’ed for those who thought the unnecessary was necessary. Lamborghini only built 328 LM002 from 1986 to 1993. 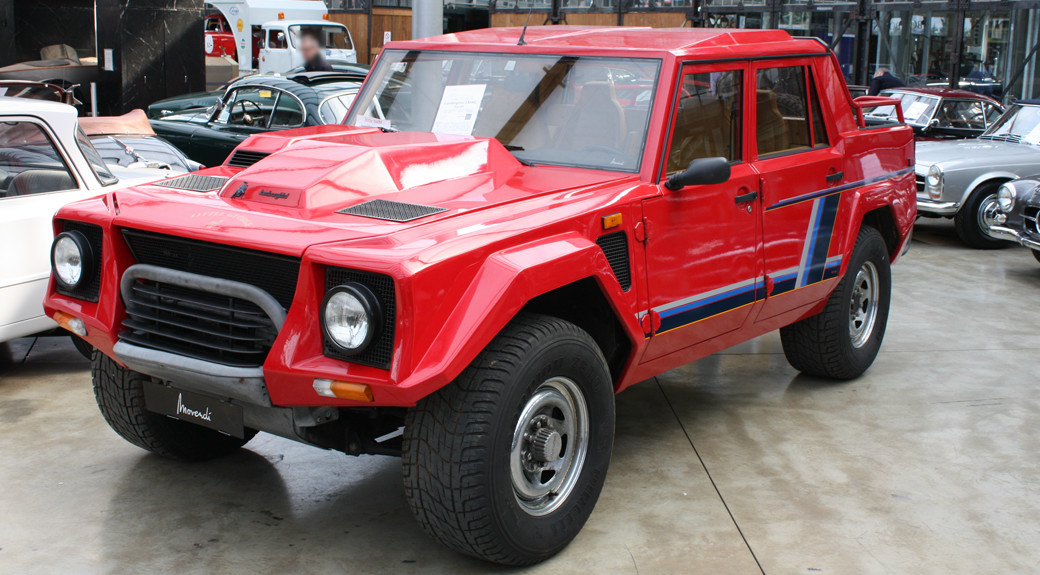