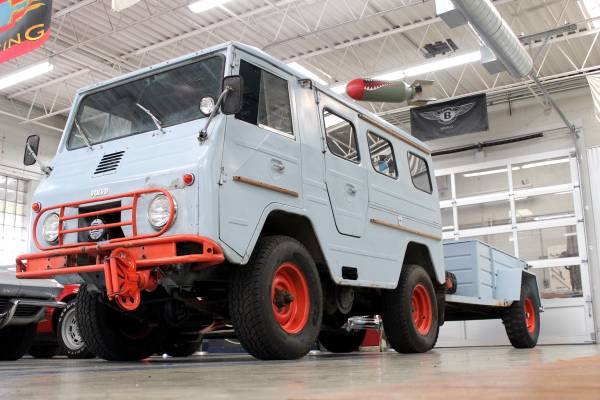 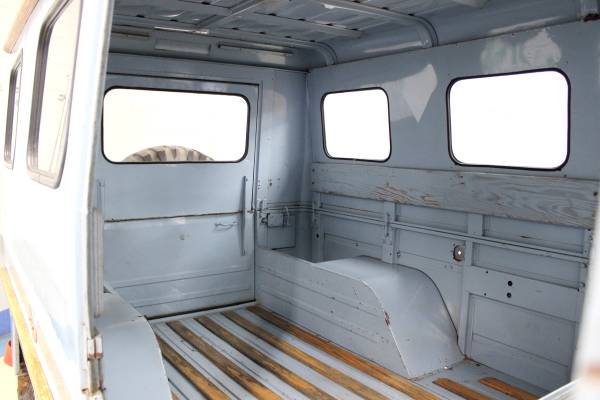 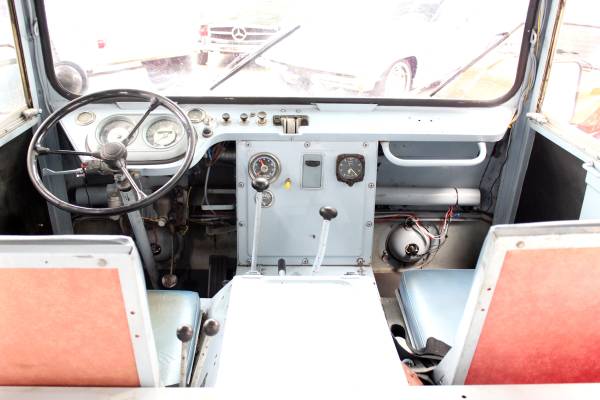 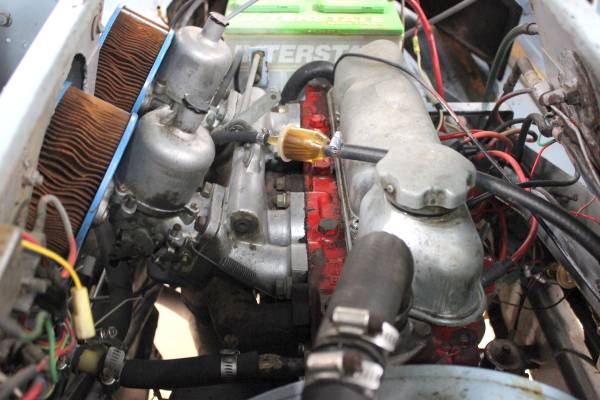 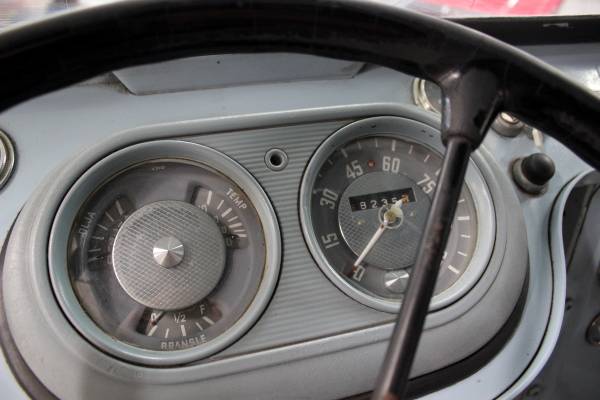 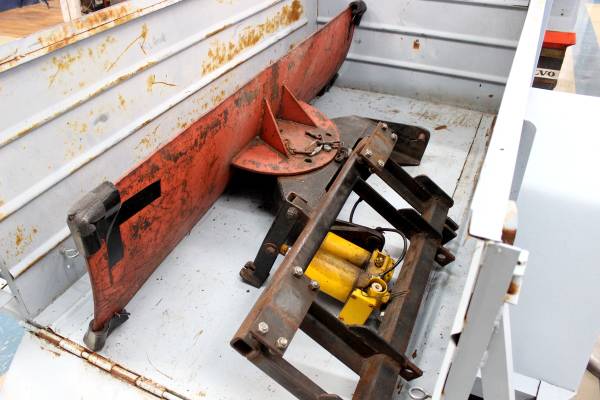 Volvo cars are famously known not for being fast, but for being fastidious about safety. It can be easy to forget that the manufacturer doesn’t only produce seat belts.  Actually, when Volvo isn’t making airbags for suburbanites to drive around in, they like to make very big, very heavy things. A showroom of everything the Volvo group makes would include semi trucks, buses, dump trucks, excavators, wheel loaders and industrial engines. And if you visited this showroom in 1967 you’d also see a Swedish military utility vehicle, the Volvo L3314, commonly known as the Laplander.

...it should be running in the year 3016, possibly making it the ideal zombie apocalypse survival vehicle

Like most utility vehicles produced for military use, the L3314 came in a few different variants including versions used as an anti-tank gun light duty vehicle.  The Laplander for sale here is a hard top (HT) civilian variant that I’d like to think is painted Gulf racing colors to showcase that famed Scandinavian wit. The owner claims only 68,235 original miles on the all original B-18 engine, which is a little over 1,000 miles a year.  Given the B18 is known to last well over 1,000,000 miles when maintained properly, if this Laplander continues to be driven at the same rate, it should be running in the year 3016, possibly making it the ideal zombie apocalypse survival vehicle. 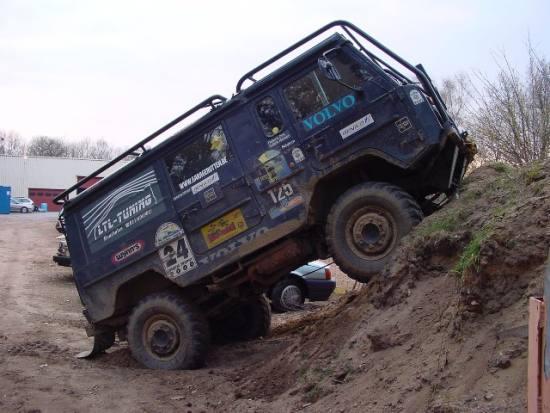 It might be easy to hear the words “Swedish” and “military” and think that this 4x4 box won’t know what side of the road to drive on…and that’s true because it really only works off the pavement.  Volvo Laplanders are mostly used nowadays by offload enthusiasts who as a breed seem to have more money than sense. If this Cold War relic is destined for the trails, it is competing for your wallet with all the classic Land Rovers and G Wagens that seem to getting shipped to the States.  As a dirt toy, the $27,500 asking price may seem a bit steep, but considering it will be harder to kill than Steven Seagal in the 90s, it really is a small amount to pay for immortality.

1967 Volvo Laplandercondition: excellent
cylinders: 4 cylinders
drive: 4wd
fuel: gas
odometer: 68235
paint color: blue
size: full-size
title status: clean
transmission: manual
type: offroad
Deal Finding
60s vintage 4x4 Volvo swedish 1967 laplander military L3314
View original ad: 1967 Volvo Laplander
If you are interested in this vehicle, please visit the original advertisement. Depending on the age or status of the vehicle, the original advertisement may not be available. The information on this page is provided for reference only and not to serve as a replacement for the original poster’s advertisement