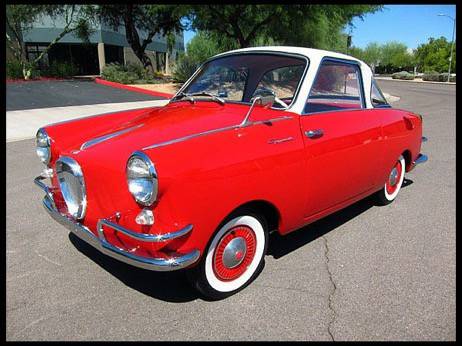 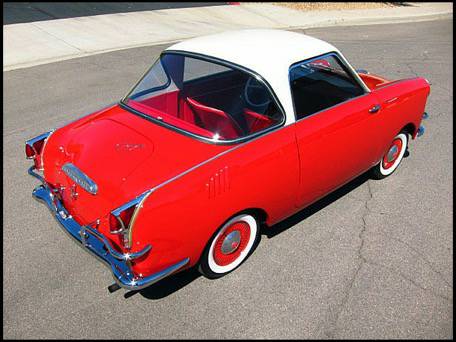 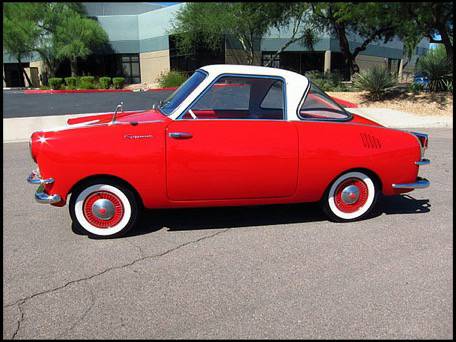 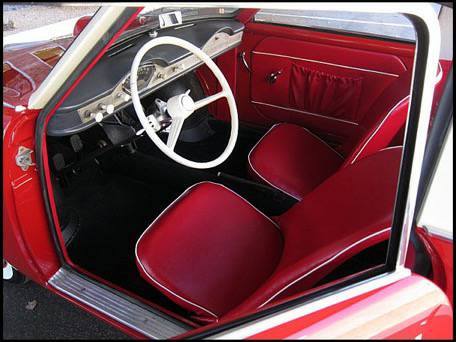 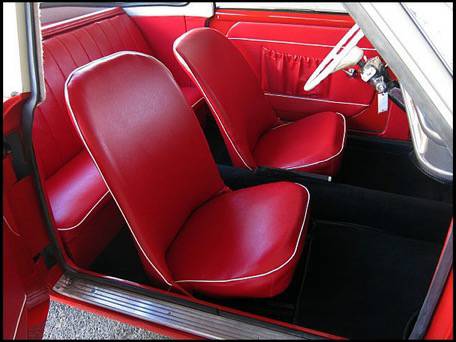 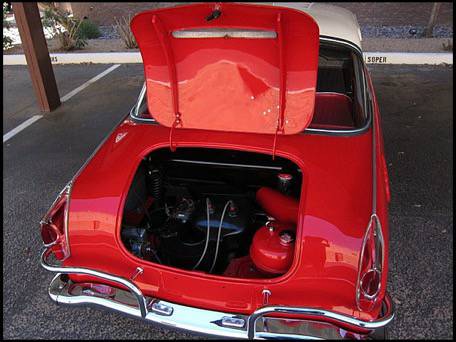 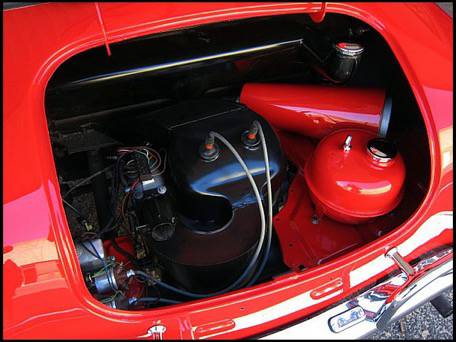 1958 Goggomobil TS400 Coupe-Microcar
1958 Goggomobilefuel: gas
title status: clean
transmission: manual
2015-11-30 12:30pm
$45000
DESCRIPTION:
- Extremely rare find
- Built by The Hans Glas Company
- One of Seven built for the US market , One of Three restored in the U.S
- 400cc-20HP engine with the optional electromagnetic transmission
- Possibly one of the nicest Goggomobil's in the world
- Ground-up restoration to show quality condition
- Invited to the Concours d'Elegance at the Glenmoor Gathering of Significant Automobiles last September
- Letter from the executive director personally inviting this very car
$45,000.00 OBO

HISTORY:
In the early 1950's, most post-war Germans could only afford a small Goggomobil T250, if that at all. However- Germany's economy began to improve and Hans Glas and his engineers determined that there was a market for a car that was "somewhat" larger than a "Microcar", but not as large (or expensive) as a Volkswagen.
The Goggomobil was named for the young nephew of the company president, Hans Glas, whose nickname was "Goggi". So Goggi's Mobil (miniature car) became Goggomobil.
The little car was hugely successful because it was a "real" car in miniature, not a freakish scooter mobile. Glas had a keen market sense and was, in hindsight, one of the few "Microcar" manufacturers who would follow the "true path", by giving the public exactly what it wanted. The Goggomobil became the largest selling "Microcar" in Germany, with some 260,000 examples finding buyers.
Hans Glas in Bavaria accomplished what the majority of "Microcar" manufacturers could only dream of: namely the large series production of a very popular car over a very long period of time.
Manufacturers of agricultural machines, Glas and his son Andreas developed their small car prototype with Isetta-style front-opening door (known today as suicide doors) in the fall of 1954. The pre-production series of 50 cars had no rain gutters. Until September 1955, fenders were still screwed, not welded together and had intake scoops on the rear.
In September 1956, a 15hp-300cc motor was available in addition to a 14hp-250cc. The car Hans Glas unveiled in 1957 was the "large Goggomobil"; available only as a hardtop coupe in 2-tone finish, a single color was offered toward the end. From March 1957, a hot 20hp-400cc motor became available, but was seen mostly on U. S. export cars. The electric shift was introduced on this model. The front deck had a "bonnet" pressed in; louvers on the rear fenders and a grill on the trunk lid scoop. Roll-up windows were introduced in October 1956. The doors became front-hinged from March 1964, this being the last major change for the sedan, they called "limousine" in Germany.
The 15hp-300cc engine ended September 1965, the 20hp-400cc in September 1967, but the 14hp-250cc soldiered on until June 1969.
With an eye to the American market, the elegant and very stylish 1958 Goggomobil TS400 Coupe version was built on the standard Goggo floor pan and received all the same upgrades.
The Goggomobil was known by its swooshing sound and for its reliability.
By November 1966 BMW were the new owners, and the last limousine left the factory in June 1969.